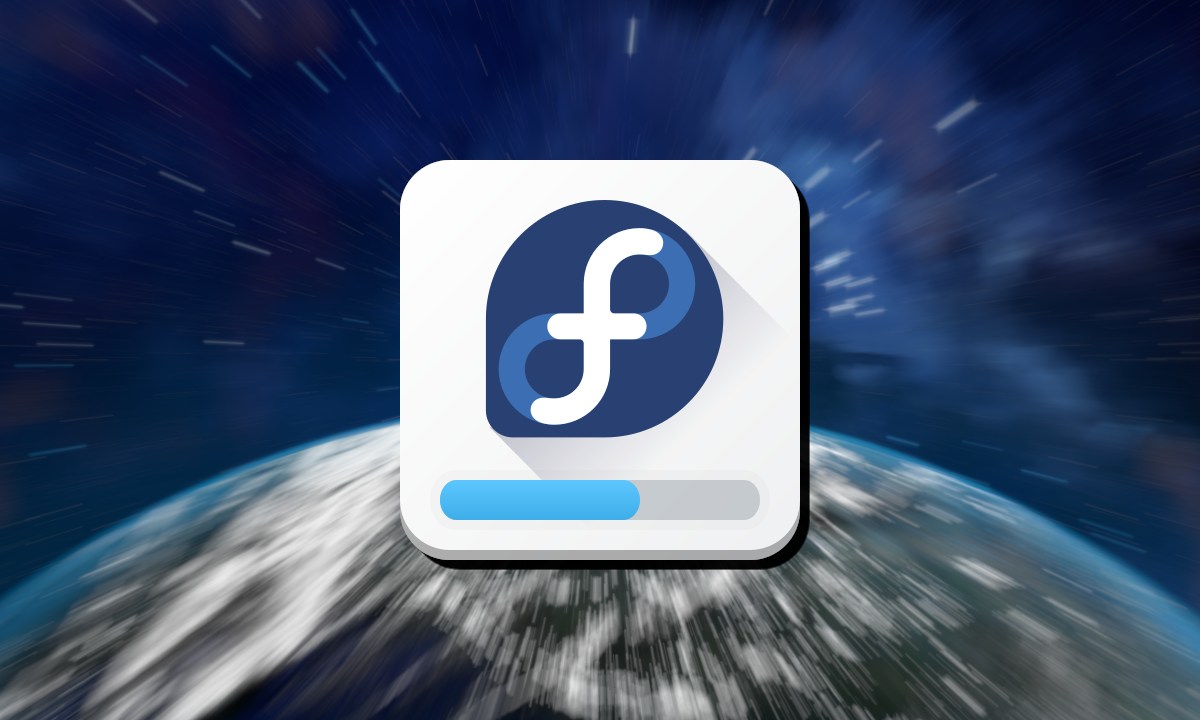 Fedora is a GNU/Linux distribution intended primarily for developers, but also for all other users.

It is completely FOSS and is the first to implement new technologies and solutions with a fantastic community behind it.

The fact that Red Hat supports them financially but also with some infrastructure, it shows in its stability.

Regardless, Fedora is a fantastic distribution that combines the best fixed and continuous release software distributions in the world (every six months a new version, but the software is always up to date), with excellent default settings and some specific things that make it unique (SELinux, Secure Boot, hardened kernel flags, pre-installed firewalld, standard Wayland protocol, saving previous kernel versions as backup, etc.).

Fedora is the distribution that has the most different means of installation (at least as far as I know).

There are Workstation, Server, IoT, Silverblue, CoreOS, EverythingISO and many others where everyone can find something “to their liking” (different purpose or different desktop environment ).

Its most famous version is Workstation which comes with Gnome. The installation image is “heavy”, 1.9 GB and offers the live image option – Great!

The first thing I notice is the Anaconda installer. It looks fine to me, professional looking, but somehow simplified. There is only keyboard selection, installation destination, time and date. There is no option to connect to the Internet, which means that I will be waiting for a relatively large amount of updates.

I didn’t notice any problems regarding the speed and fluidity of the installer itself (unlike previous versions where it was a mess).

I choose to automatically format my SSD (because I guess that’s exactly what most newcomers would choose) and discover that the standard is no longer Ext4 but Btrfs now .

I admit that until now I have been exclusively loyal to Ext4 and I am looking forward to a new experience. SSD encryption is possible with just a mouse/touchpad click, which is much easier than in Arch Linux. Installation is completed in about 10 minutes. Quick and easy – great!

The first thing I notice is a nice splash screen that takes me to the welcome window where initial settings are set (WiFi, automatic problem reporting – to improve Fedora usage, location services, username and password selection).

After that, another welcome window awaits me which gives a brief tour of the basic features of the operating system, elegant and useful (especially for those who have never used Gnome).

Fedora is known for the best implementation of GNOME (they stick to the default, unlike Ubuntu, which heavily modifies the Desktop Environment for your needs).

The first impression is great; nice smooth animations, no pauses anywhere – this is not the Gnome I remember!

The number of pre-installed applications is fine. Pretty much everything I use every day. I removed the rest correctly (mostly additional Gnome apps).

There are many privacy options in the settings (camera and microphone access permissions, data history, automatic deletion of temporary data and trash cans): useful and welcome.

Fedora strictly adheres to the rule that you only want FOSS applications/programs on your operating system. (Except for certain drivers on the installation media).

Therefore, it is necessary to add a few things to make its use as comfortable as possible (especially if your hardware does not like Fedora … or Fedora it?).

Both options have been tested, have been around for a relatively long time and work fine. I did not have any problems.

Certain flat pack applications may have limitations due to the sandboxes they provide (so far I have only good experiences).

When you run GNOME software for the first time, you are given the option to enable certain external repositories with proprietary software (Google Chrome, Nvidia graphics drivers and Steam are currently available this way).

Installing and working with flatpak applications is integrated into the GNOME software itself.

After a fresh installation and absorbing the first impressions, the first thing I did was to activate the “Touch to Click” option on my touchpad. I don’t have to explain how much easier and more comfortable it is to use a laptop with this.

I also changed the regional settings to Argentine-Spanish (personally I keep English as the main language of the operating system).

WiFi is recognized perfectly and finds me many more available networks than I noticed in Arch. Maybe coincidence?

I go into the terminal and give the first command: sudo dnf update (somehow it has become a habit… I will do future updates through the Gnome software).

Immediately I am “stung” by how slow dnf is until it downloads the initial metadata. Terribly slow compared to Pacman (Arch Linux) but I give it a chance to show up next week.

After the first update, I reboot my computer and everything works perfectly. I have no objections.

I try pre-installed applications and everything works neatly and smoothly, great!

The Firefox browser, most of the applications and all the ED run automatically in Wayland. Personally, I think the Wayland protocol is a good step forward from the “closed” and outdated X.Org, but there are still some shortcomings that need to be addressed. Regardless, I felt comfortable using Fedora, the only one using Wayland since 2016.

After a fresh start, the System Monitor shows me 1.3GB of RAM occupied out of 15.8GB (2GB are reserved for the graphics card). A lot, but well, today it’s not as big a problem as it used to be.

After a few minutes, the consumption drops to 1GB. The main thing is that nothing “hurts” and battery life is good.

Speaking of battery … it’s never enough. So I install TLP and change some options manually in the settings.

Worse than Arch, but I’m happy because, after all, this is a preconfigured distribution.

GNOME is fluid, fast, minimal and limited. This is the simplest way to describe it (the current 3.38 version is really flat and even becomes usable).

I won’t go into too much detail, but Gnome is either liked or disliked. It grew on my heart during use, but only after a little tweaking.

Because my laptop is used by my daughter, I am forced to install the Dash to Dock extension to make it at least a little easier to use.

That’s why Gnome Tweaks is necessary because it allows you to include certain features such as buttons to lower and expand windows, adjust the font, work with extensions and the like.

It’s not clear to me why this is an additional application and not part of GNOME itself, but that’s okay.

Fedora literally flies on my hardware and recognizes my two cell phones (Android) and an older iPhone perfectly.

I was pleasantly surprised by the dnf package manager. Aside from the slowness of the first update, as I mentioned earlier in the text… I think it’s even the manager that has the most features.

I especially liked the deltarpm package upgrade option , which can mean a lot to those with limited internet traffic.

Also, the faster mirror option is very useful. Both options are easily enabled by adding the following two lines to /etc/dnf/dnf.conf:

I didn’t have any problems updating through the terminal, but that’s why I was often sabotaged by the Gnome software.

It’s also interesting how Fedora installs updates when booting or starting the computer, just like MS Windows does. I wasn’t expecting that, but I don’t mind (although I’m not clear why).

I haven’t had any problems in terms of system stability, which is a real relief considering that Fedora is very up to date with updates.

A big advantage is also that you can save older kernel versions (up to three versions) as a backup that you can use every time you boot your computer.

Great if the new kernel version breaks something in the system (I have experience with this in Arch and some other distributions).

During daily work in various applications, I noticed that the system can freeze for two or three seconds, after which everything works normally. This happened to me 3-4 times during the week of use and I could not find the cause.

The screen brightness drops to the minimum after I put the laptop on load… strange.

Lack of certain drivers or codecs may be a problem for new users, as I mecnioned earlier in the text.

Boot time was fine. About 8 seconds after closing some processes. Before that, it was terribly slow (and I still remember the time when Fedora was known for the fastest boot).

The installation media is not up to date (there is only one version available, the first one). This really surprised me because if someone decides to install Fedora with that .iso image five months after it comes out, they will have a lot of updates waiting after a fresh install.

I noticed that the battery life is less than Arch by 10% (subjectively, of course).

Installation is not intuitive for Gnome extensions.

The Gnome software is was and reliable, as if you were using the beta version.

The Gnome applications have few options and look like toys compared to their KDE variants. But at least they are stable.

Fedoro is stable, but not as stable as my Arch Linux, according to my feeling.

But Fedora is everything Ubuntu is trying to be, but is not.

In these three weeks of daily use, Fedora has proven to be a great operating system: stable, fast and reliable.

The upside of this is that all applications were updated shortly after Arch. Well done.

I was delighted with the FOSS approach and the pulling of proprietary applications out of the official repositories (although that gives me a headache) but not everything is great on planet Fedora. Boot time could be faster, installation of missing drivers and codecs could be even easier for new users, Anaconda installer should be improved.

Honestly, I think Fedora is an underrated distribution and I suggest everyone try it .

Still, it is a flagship of new technologies and the Gnome desktop environment.

I wouldn’t be far wrong if I say that Fedora is a vision of the future of the Linux world .

It may not be the easiest and most ideal distribution for new users and newcomers to the Linux world, but it certainly has an audience that appreciates and respects it.

chevron_left Espanso a utility to write more with fewer keys
Photos of the week 02/18/2021: Pandemic. In the north the codvid cases decrease. Storm … cold chevron_right